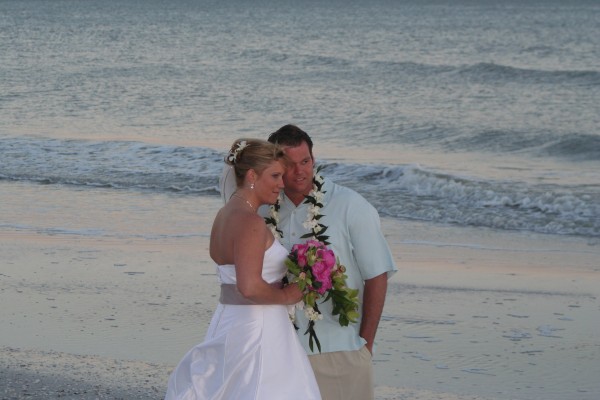 In April of 2006 one of my clients was married and they were transferring their wedding photos and videos to their laptop as often as they could. Shortly after the wedding she called me and said her PC laptop wouldn’t boot. I picked up the laptop and did my best to get it to boot but it wouldn’t. I had determined that the hard drive had failed on some level and wouldn’t mount. I reluctantly informed my client of the bad news.

She decided to buy MacBook which I helped her setup and I recovered her iTunes Library from her iPod to her MacBook.

A few months later I decided to try again. I put the drive into a laptop and attempted to run Check Disk. This time the drive simply clicked over and over again never getting anywhere in the boot process.

On December 20th 2007 I purchased SpinRite, a new utility that I thought might repair her hard drive, unfortunately when booting the PC the utility couldn’t see that the drive was connected. And again I shelved the drive.

This month (May 2009) I borrowed a friends PC tower to run SpinRite on my TiVo hard drive because my TiVo was crashing every hour. SpinRite ran for less that 12 hours and repaired some sector problems on the drive. After reassembling my TiVo and putting it back into use I haven’t had a single problem with it. This made me think it was time again to try SpinRite on my clients hard drive.

On Saturday morning May the 16th 2009 I was in my work area and decided to put the hard drive in a laptop and run SpinRite. You can imagine my surprise when SpinRite saw the drive even though it was clicking repeatedly. I told SpinRite to Recover the data. I was quite excited to see that SpinRite was trying to repair the drive. I kept going to my work area to check it’s progress.

After 12 hours it had finally gotten through about 4 areas of damage or less than 1% of the drive. On Sunday I was excited to tell my wife that it was at 54% and it was actually repairing some of the drive while marking other areas unrecoverable. I was thinking that by Monday I would be able to try and recover the data from the drive after the repair.

I checked on the progress of the drive repair Tuesday morning May 26th 2009. To my surprise SpinRite was finished. Some areas were marked in Red (red is bad) and some areas were marked in Green (green is good) while most areas were undamaged. I removed the drive from the PC laptop and mounted it on my MacBook. And there it was. It would occasionally click when covering a bad area but it would get over it and report an error. Then I was able to move on.

I meticulously went through every photo and video attempting to copy them over to my drive. There were the important wedding photos and videos as well as hundreds of other photo and videos. Many times the hard drive would start clicking, I had to wait until it was done about a minute later then move on. After several hours of grabbing hundreds of images and dozens of videos one by one I recovered all but a couple videos a few pictures because they were corrupt.

Now I’m going to publish this article and send my client a link so she can read that I recovered her wedding photos and videos from the laptop drive she gave me 3 years ago.